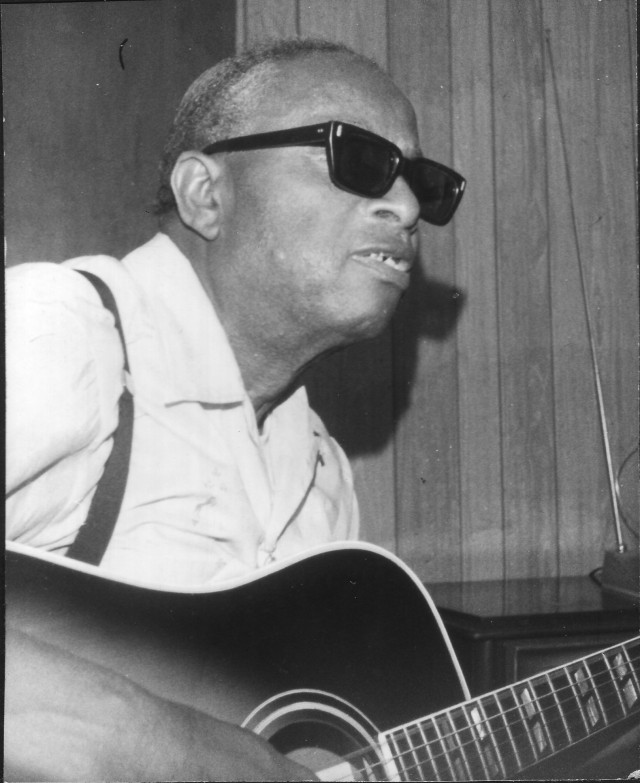 Blind Gussie Nesbit lived in the Charlotte area of NC. He made religious records for Columbia in 1930 and Decca in 1935. He also backed Jack Gowdelock on Victor in 1931… the two sacred songs they did were not issued; Nesbit did not back him on the two secular songs that were issued (barely!). Bruce and I met him in ’71/’72 – I purchased the Gibson SJ in the photograph in a pawn shop in that city. I never got back to him as a subject for recording (my bad)… at the time that this was taken, we had interrupted him digging a cellar under his house on Capitol Drive! Think about it.

This entry was posted in PHOTOGRAPHS. Bookmark the permalink.